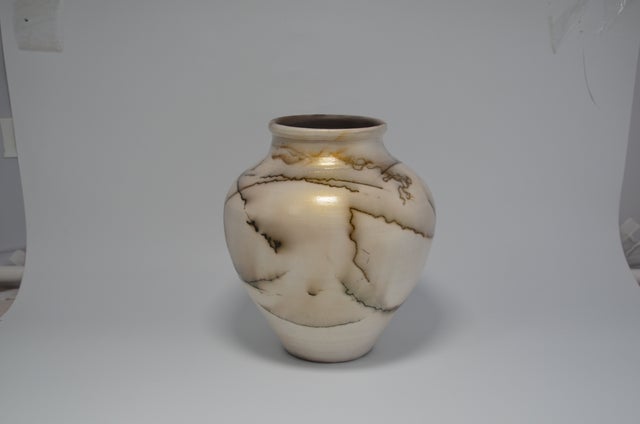 This unique vase is made from raku clay on a potter's wheel. After the clay dried, it was coated with a very fine clay mixture, terra sigillata, which had gold mica added to it. It was then fired in an electric kiln. Next, it was fired to 1600 degrees in a gas propane raku kiln and removed from the kiln at that temperature. Horsehair was then draped on the vase in various patterns and as the smoke burned and carbon formed, subtle glints of gold appeared on the surface. This vase is 10"H x 9"W.

Sold out
Add to Cart